Warning: include(wp-includes/class-wp-term-connect.php) [function.include]: failed to open stream: No such file or directory in /home/content/57/12571157/html/wp-config.php on line 91 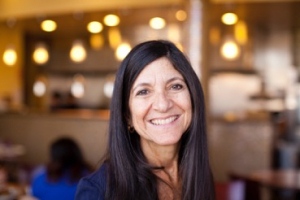 Jorja Leap has been a professor at the University of California, Los Angeles (UCLA) Luskin School of Public Affairs since 1992. As an anthropologist and recognized expert in gangs, violence, and trauma, she has worked both nationally and internationally in violent and post-war settings all of her career. Dr. Leap applies a multi-disciplinary, community-based approach to her research and developmental efforts. Her current work focuses on gangs and community justice in multi-cultural settings, criminal justice and prison reform, and the dilemmas faced by individuals reentering society after incarceration, including women, a group often overlooked.

Dr. Leap serves as policy advisor on Gangs and Youth Violence for Los Angeles County, as an expert reviewer on gangs for the National Institute of Justice, and is now the qualitative research consultant for the Los Angeles Mayor’s Office Gang Reduction Youth Development (GRYD) Program.

She has also been appointed to the State of California, Board of State and Community Corrections (BSCC), Standing Committee on Gang Issues. Drawing upon her research, Dr. Leap has provided commentary on numerous television, radio and newspaper stories about gangs. In 2009, Dr. Leap began a five-year longitudinal study of Homeboy Industries, focusing on the life histories of program participants as they encounter the dual challenges of leaving gang life and reentering mainstream society. This work has extended to assessing their social enterprise model, concentrating on the Homegirl Café and its training program for women. Along with this work, she offers expert testimony on the impact of violence and trauma in death penalty and capital cases.

Dr. Leap has been deeply involved with The California Endowment Building Healthy Communities Initiative, creating and implementing action evaluation within underserved and marginalized populations whose service providers are funded by TCE. Most recently, Dr. Leap helped as TCE developed their “Sons and Brothers” Project as part of President Barack Obama’s “My Brother’s Keeper” Initiative. This work will also involve a case study of “A New Way of Life,” an innovative prison reentry program for women based in South Los Angeles. She is also currently engaged in a longitudinal study of Beit T’Shuvah, a residential treatment facility for substance abuse, gambling and other addictions that has built upon research conducted at Homeboy Industries. Additionally, with funding from The California Wellness Foundation, Dr. Leap is now working to establish the Watts Center for Non-Profit Management, which will enroll its first leadership cohort in 2016.

Since 2011, Dr. Leap has served as the Executive Director of the UCLA Health and Social Justice Partnership, which is affiliated with the UN World Health Organization (WHO) Violence Prevention Alliance. As part of her action research efforts, Dr. Leap has authored numerous reports, articles, and book chapters as well as the book, Jumped In: What Gangs Taught Me about Violence, Love, Drugs and Redemption published by Beacon Press in 2012, with all proceeds going to Homeboy Industries and most recently the book: Project Fatherhood: A Story of Courage and Healing in One of America’s Toughest Communities published by Beacon Press in June 2015, with all proceeds going to Project Fatherhood. She is currently at work on her next book, which will focus on the issues of women, gangs and trauma.